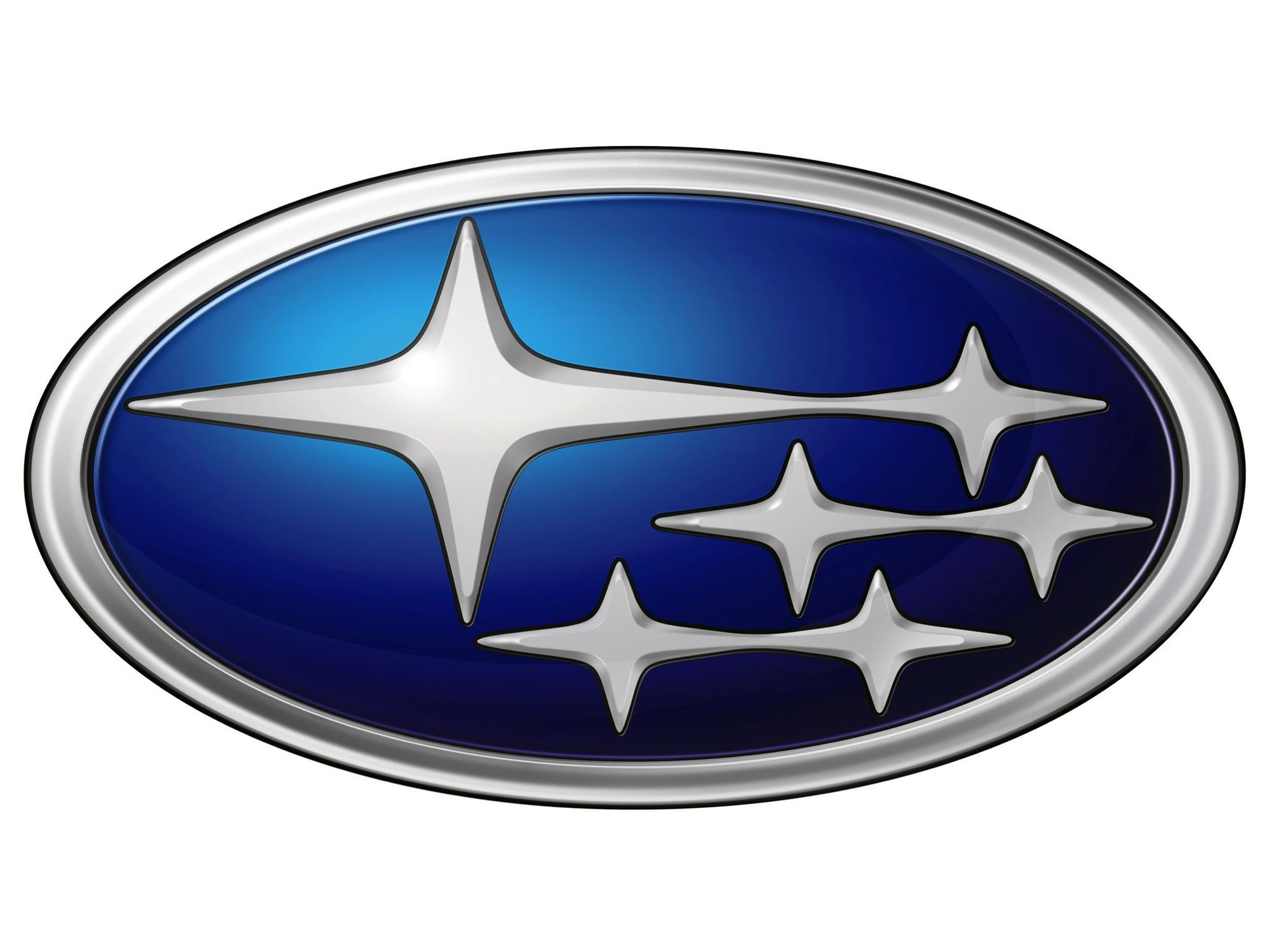 The new 2020 Outback is my third Outback and I have to say the best. I ended up with the Outback back in 2012 after deciding to get a car again and found to my dismay that pretty much nobody in Canada is selling Wagons anymore. European manufacturers were the only exception to this, but they tend to fall into the luxury class and were way more than I wanted to spend. SUVs on the other hand often do not offer the internal room I was looking for. So I landed on the Outback in the end and as you can tell I really love my Outbacks.

For 2020 Subaru only slightly updated the look of the vehicle. Compared to my 2016 the car is a bit more “edgy”. The looks comes across as slightly more aggressive. It is a style I generally like, though I would not call the Outback a pretty car. It is, after all, primarily a tool for me to get to exciting places.

The biggest change is probably in the rear, where the rear lights now have little wings and look a bit like crab claws.

For this year Subaru has dropped the 3.6 H6 engine that my current 2016 still sports. Instead to the still existing 2.5l engine Subaru now offers a 2.4l turbo charged engine which is the engine in all the XT models. The move by Subaru came to improve fuel economy. My initial concern was that there would be turbo lag. The car is heavy and the reason I went from the 2.5l engine in my first car to the 3.6l in the second was exactly the lack of power when you wanted to get going.

Together with the new engine the car also got an improve CVT, which now has 8 virtual gears instead of the previous six. Unlike the previous version on my car stomping on the gas now has the car actually go. In the old 3.6l one the CVT struggled figuring out which ratio it wanted to be in and jumped around a bit initially, which lead to a bit of a rough starts.

With the new engine though there is plenty of torque from the go and the CVT is much better in translating that to the wheels. If you do want to start off hard the turbo kicks in at around 2000rpm and when I mean “kicks in” it really does kick the car forward. It suddenly wants to go. If you are a bit more moderate with the gas pedal you get a very smooth and fast acceleration. It is actually quite impressive how smooth and fast the car accelerates, almost without any felt effort.

On the around 600km I have driven the car so far the fuel economy does appear to be quite a bit improved from the previous 3.6l engine, be it in the city or on the highway, the engine in general can muster the torque at a lower RP< and it’s Arely necessary to really “hit it” in order make the car go. I will provide an update in the future as to the real world experience with the gas. But right now the car shows an 8l/100km fuel consumption. Of which roughly 100km were done in the city and 400 on the highway.

Coming from the 2016 the interior was already nice, but with the 2020 Subaru has gone a bit further. It’s the same trim level so I can draw direct comparisons and the one thing that sticks out is much more leather in the car. Doors and dashboard now have leather trim in combination with soft grip plastic.

The stitching on the leather is nice and the seats are now a bit more supportive which makes fast cornering a bit easier to handle. The centre console also comes in higher now and provides additional support.

In addition to a large storage area in the centre console that easily swallows an iPhone XS Max and provides two USB ports and an AUX in there is a small side pocket on the passenger side that can hold the phone. There are also two additional USB outlets in the back for the rear passengers.

Not all is improved though. In the centre console above the large screen infotainment system there is a somewhat badly fit piece of plastic. In the highest trim model it contains a face sensor that is used to identify drivers and alert you if you’re about to doze off. Unfortunately, while the rest of the top of the dashboard is done in soft touch plastic, this section is hard plastic and you can clearly see seems where the part was fitted. It’s a shame that Subaru did not create a full dashboard without the plastic insert.

In addition storage in the doors is less than it was before, the pockets are now narrower than in the old one and the centre console lost the coin carrier and in general seems to have shrunk in size.

Subaru has taken a huge leap forward with the infotainment system. It’s now an 11” touch screen in the centre console. The system supports Apple’s CarPlay as well as Android Auto. Unfortunately for CarPlay only the upper part of the screen is being used. This seems to be a limitation coming from Apple and I do hope that they will eventually fix this. I also had CarPlay once just suddenly crash on me. I had to unplug the USB cable and replug it to get it back. And yes, there is no Wireless CarPlay in the Subaru.

Unfortunately Subaru has decided that touch screens are the future and so pretty much any functionality in the car has to be controlled through the screen. You can turn on and off the defrosters via physical buttons and adjust the cabine temperature, both for driver and passenger, directly via buttons. But anything else requires you to jump through menu screens.

The good news here is that the system is rather responsive, the bad news is that some of the functions are buried deep in the menus and it can require a bit of searching before you find the right setting, not great.

There are two settings I have found so far that are weird.

The first one is the setting for the automatic start/stop for the engine. Many people seem to hate it, I personally like the idea of not idling the car and Subaru tries to tell you how much fuel you have saved by turning on a little info display in the dashboard that shows you how long the car has been off as well how much fuel you have saved so far. There is a menu option that allows you to turn this feature off, but for reasons only known to Subaru the car does not remember this. Next time you start the car it’s on again and you have to go through the menus to turn it off again. The same is true for “Automatic Vehicle Hold”. This feature has the car apply and hold the brakes for you until you either hit the gas or the brake pedal again. It’s a nice feature to have and an evolution of the previous “hill hold”.

The only option that Subaru directly exposes to you via the screen is X-Mode. You can turn this on directly in the top info bar on the screen.

As mention above the car’s new drive train is good and sprite, and the same is true for how the car drives overall. Subaru claims a 70% improvement in chassis stiffness and although I can’t really measure it, the car definitely is much more eager to go around corners with even less “kneeling” and now feels even more like it is on rails.

Unlike most other car manufacturers Subaru does not use RADAR or LIDAR for for their driving assist features. Instead a stereo pair of cameras looks forward at the road combined with blind spot and rear sensors.

In the past the EyeSight system “failed” for me when driving directly towards the low sun. In the driving I have done to date I am getting the impression that Subaru has improved the system. I have driven straight into the sun but the system was not turning off. I will keep testing this a bit more.

Another thing I noticed is that the new system seems to have a wider view angle. In the past going up and down the Sea-to-Sky, a road with. Many twisty turns, the system often lost track of the car ahead, which then resulted in the vehicle accelerating only to brake again once it reacquired the vehicle. This is no longer the case, making for a much smoother driving experience.

My 2016 already had a lane keep assistant feature, something I quickly turned off as it often misfired when the road markings weren’t great or snow was covering some of them up.

Like with the EyeSight the system seems to have been improved and according to Subaru can keep you now in the lane at much lower speeds than before.

So far so good, unfortunately the lane keep assist is utterly annoying. Not so much the alerting that you leave the lane, but if you turn the “active” part on where the car tries to keep you at the centre lane you end up fighting it quite a bit. What makes it worse, the “are the hands on the wheel” detection seems to be driven by exactly that fight. I had my hands on the wheel as I wanted to see if it could follow the road. What I did not do though was try to resist the car’s steering input and immediately the car started beeping at me that I needed to have my hands on the steering wheel.

Trying to drive normally with it on feels like you are constantly fighting the car, it has a very specific idea on where it wants to be and if you’re not there it will try to get you there. So this is off for me. Which is unfortunate as the tech def. works and is cool.

The rearview camera continues to be a mixture of great and utterly horribly. The horrible part comes from bad weather driving. There is no washer for the camera and it’s mounted in a way that spray from the road covers up the lens. So you can find yourself with a totally covered lens and can see absolutely nothing. It also seems to be worse with the new rear-end than it was on the previous car. I several times now had the lens completely covered up with zero visibility.

On the plus side, where in the past you merely got a box that showed you when you were getting close to anything, the new camera now also shows you the turning radius of the car and where it’s going. This is a nice feature and makes life a bit easier (if the camera isn’t dirty / blocked).

Subaru also added automatic braking to the car when you are reversing. Again, a useful feature, especially when the camera is completely crudded up.

After close to 600km I have to say I am happy with the upgrade the new Outback brings. It is still a fun car to drive, it has a nicely improved interior and continues to be as practical as always.

The move the large screen for pretty much all of the function is a bit of a double edged sword and I am not yet sure how I feel about it. I guess it could have been both better and worse. So, a neutral?

Overall though, the 2020 Subaru Outback Limited XT is a fun and useful car to drive, continuing a success story for the Outback that began 25 years ago.

I will provide an update in around six months after I had some more experience with the car.