The Gourmet BT8000 is one of those “single use” kitchen devices that many of us have at home. In this case, it’s intended to make you two delicious cups of tea (or coffee). 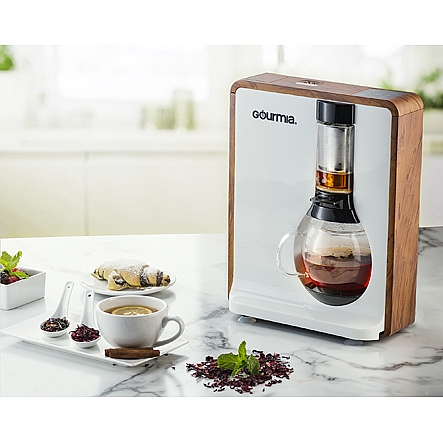 There are only four parts with the device, the machine itself, a metal filter basket, a “steeping container” and carat. The manufacturer claims it can also make coffee, though I haven’t tried it as I find the taste of the coffee is detectable in the tea afterwards and that ruins the experience. 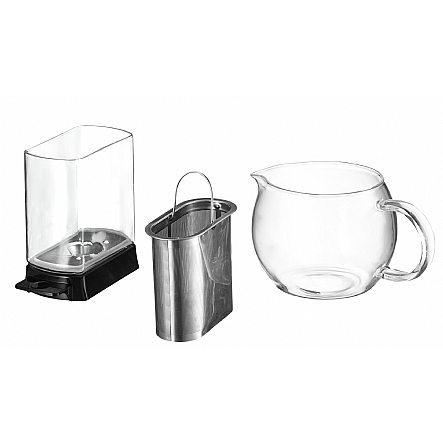 The design is a bit different, it’s essentially a “hollow wall” where the carat and everything else sits in. The “wood” looks okay at a distance, though close up it does look a bit cheap.

There is also a version that is black instead of “wood”. 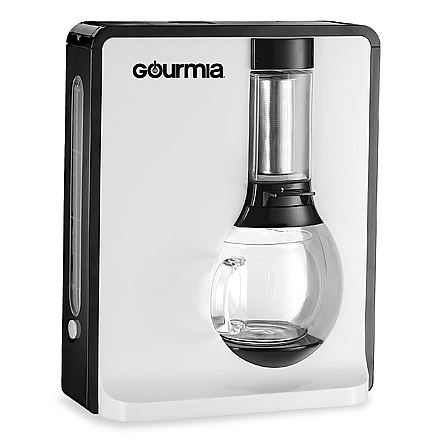 The use of the device is pretty simple. It has a total of five buttons:

That’s it. There are no controls for water temperature or volume. 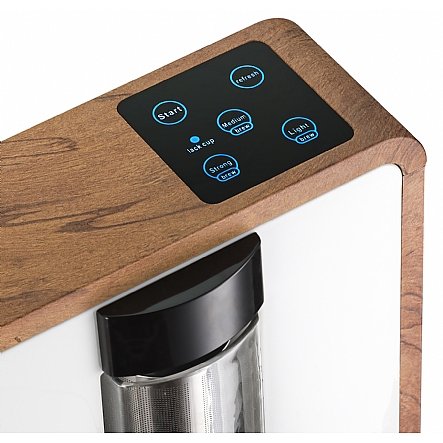 The refresh button is a bit weirdly named. The manual suggests to use it before actual brewing the tea, it’ll pre-wet the tea leaves and opens them up for the actual infusion. I also found it works well if you have “dusty” tea as it washes the small particles off and they won’t end up in your brewed tea and there is less bitterness because of it.

The process is pretty straight forward. The manual says that the three settings are basically intended for different teas. With Light being used for fruit and other delicate teas, while Medium is intended for green, white and Oolong and the Strong setting is for black teas and if you prefer stronger Oolongs or similarly fermented teas.

As noted earlier, there is no separate temperature control on the device, but the in my experimentation it seems they do adjust the temperature depending on the intensity you select (I did not measure the water temperature, so I can’t fully comment on that aspect. 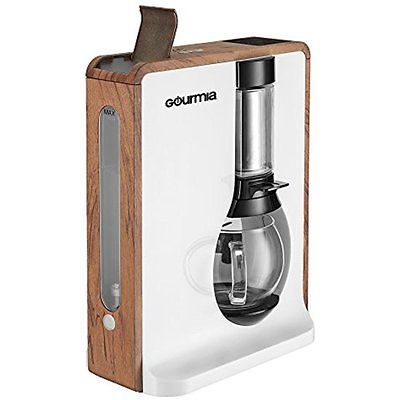 If you select the light option, the machine acts essentially like a coffee machine. It pours the hot water over the leaves where they run through the leaves and into the carat. The steep time is measured in seconds. I noticed that this works well with fruit teas and teas like peppermint. As you “leach” the flavour out of the tea you can go to medium or strong and get some extra uses out of the leaves.

Works well with green teas and even early infusions of P’urre teas. With black teas I find it a bit too much on the light side. Overall the same applies as with the light setting, if the tea leaves are “spent” you can get another mug out of it by steeping it on the strong setting.

Strong works very well with black teas. I have tried anything from first flush to Lipton’s Yellow label as well as my favourite tea bag: PG Tips in it. It consistently produces a decent cup and you can usually do two or three infusions before it becomes too weak for my taste.

The thing with single use machines is that they are often taking up counter space, cost money and many people don’t really use them as much as they think they would. So is the machine worth it?

I have to say that I got lucky. Costco had it on sale for $95 when I picked it up, the list price on the website is around US$180 and I have seen it sold on Amazon.ca for a whopping $280. For those prices I’d say get a tea can and a fine mesh filter and do it the old fashioned way. For $100 though I think it is a good deal, not without some caveats though.

So would I recommend it? Yes, as I said, if you can find it for $100 or less it’s a good buy. If you spend more on it than that though I would suggest to look at some similarly expensive solutions. Breville makes a tea maker that looks nice, though for $350 that is quite a bit of a markup. You can buy a lot of paper filters for that.

Personally though I can say that my tea drinking has greatly increased, if for no other reason than that it’s easy to quickly knock up a mug with little cleanup later. 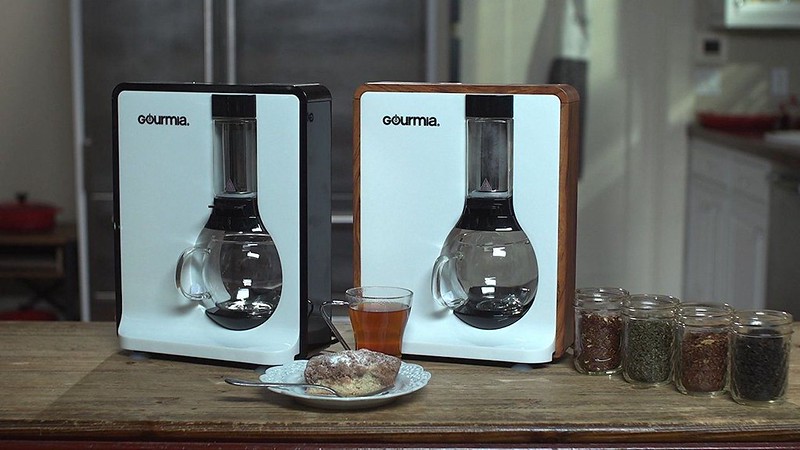