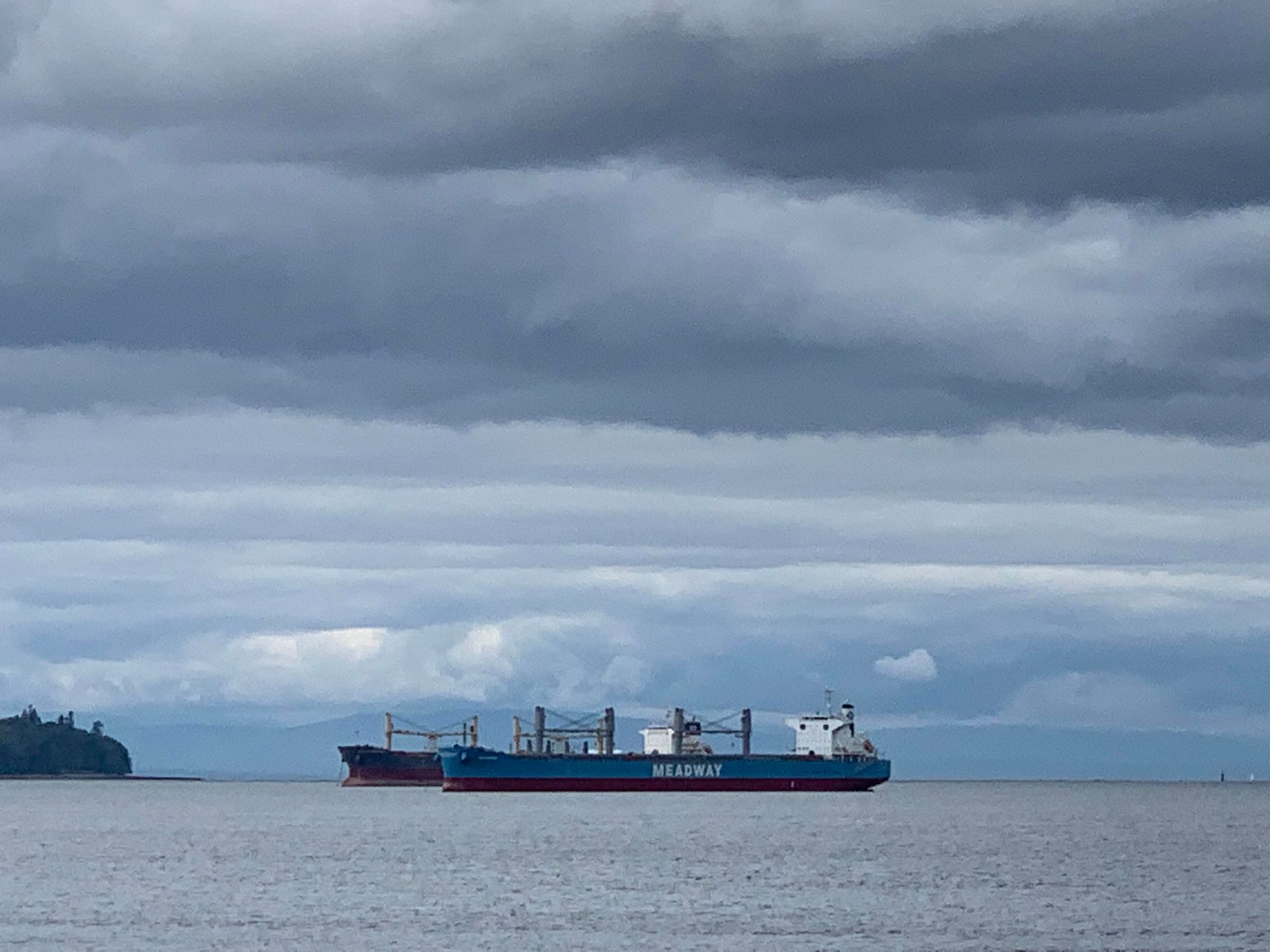 I have lived in a few places around the world, but nowhere have I encountered so much dust than since I moved to Vancouver. I have lived downtown Toronto with lots of cars around, in Edmonton with lots of dry dust blowing around but all of them pale in comparison to the the amount of dust that is present in Vancouver.

I am not really sure where it is coming from. I have been told in part it is some of the volcanoes putting stuff into the air, maybe. I know once source of black soot are the ships parked in the bay that regularly spew crap into the air. It's also evident in how black some of the dust is when you sweep it up.

Obviously that isn't the most healthy of things and over the years I tried a bunch of air purifiers. They all pretty much clogged up with the dust, so now I am taking a different approach.

Most forced air systems in houses have filters on the intake to keep external crap out. These "furnace filters" come in a variety of grades (known as MERV), the higher the MERV number, the more particulate matter they remove, including really small stuff like PM2.5.

The goal is of course to keep the stuff out of my place as much as I can, but I am also someone who likes to have the window open, which poses a problem. The solution for me is to install an easily removable box fan into the window and use it at a low setting to draw in fresh air. I have a second box fan in the living room with a MERV-11 filter that picks up the stuff within the unit. It's relatively low cost, but even after running it for a few days, the difference is noticeable.

There is really not a whole lot that you need:

I use masking tape instead of duct tape because the masking tape can easily be removed without leaving anything behind, duct tape would def. work, but if you want to be able to easily change / move things around masking tape is the way to go.

Put your box fan "face down" on a flat surface.

Put the filter on the back and align with the box fan. Make sure to put the correct side forward, the arrow indicating air flow should be pointing towards the fan.

I chose a 16x20x4 filter here. You want to avoid 1" filters as they have less surface area and cause the fan to provide reduced air flow, which can also overheat and burn out the motor. The 4" one provides much more surface area and requires less work from the fan to move the air.

Fix the filter in place with the masking tape, then use the masking tape to cover up any other openings. This does not have to be perfect, but you want to make sure that the vast majority of the air is being pulled by the fan through the filter and not through any openings on the side.

Seat the fan in your window and make sure it is stable. I chose the 16x20 size filter to provide some stability, the fan cannot fall out of the (sliding) window as the window opening is smaller than the fan, if you are concerned about "knocking it over" (e.g. with kids or pets) you may want to consider to lock the fan down. The fan I have has some holes that would, for example, allow you to screw it in. Or you could use some work clamps.

What you do not want in this setup though is a wide open window as shown in this picture. As the fan moves the air it will draw more air through the opening, bypassing the filter. In order to prevent this, we have to install a cover.

I chose a piece of 0.5" insulation which I had still around from building myself a window kit for one of my portable ACs. I just cut it too size, put some weather stripping at the bottom and secured it with some more masking tape. Installation took a few seconds and removing both the fan and the cover will only take a few seconds too.

That's really it. The air flow is definitely reduced with the filter in place, but it will produce a much cleaner air environment. There are some downsides with it, mostly that the filter is housed in a cardboard box and is exposed to the elements. So when it is heavily raining you probably do not want the filter in the window as it could be destroyed by the rain. But other than that, that's it. Clean air flow, less dust.