I admit, I loved the Lego Movie came out back in 2014. It had something for everybody in what felt like a natural way, not forced by marketing / committee.

And to get straight to the point: So does the Batman movie, with one caveat, namely, you need to be at least a little bit familiar with the Batman world.

The one thing that the two Lego movies so far have managed to do was to create the an experience that entertains both kids and adults, something Disney was really good at for a long time.

Is it “high art”? Nope. But it’s a lot of fun and definitely better than most Superhero movies these days.

A Cure for Wellness

I can forgive dodgy FX shots if the story is good. I can even forgive a somewhat crappy story if the visuals are great. But if neither of that works, then…. well…

So by chance I found out that Gore Verbinski of the original Pirates movie was directing. And it definitely is a dark movie, not the way it is lit, but rather in the tone they are trying to achieve. The set design clearly supports this dark narrative with it’s industrial look.

Unfortunately, for me any away, the establishing shots early on suffer from what I call the “Games of Thrones” effect. That is, where costumes and real life sets are absolutely well done, but the digital backdrops just look uncanny valley like. This is what plagues the early parts of the film and for me set a “bad” tone.

This would have still been forgivable if the story would have moved, at almost 2 1/2 hours long though it goes at a snail’s pace. As interesting as the concept is, the execution could have used with some heavier editing to change the pace up a bit.

Overall: Not bad, definitely slower than it should have been, but not a bad movie / idea overall.

It has been literally decades since I had seen that movie. I was reminded of it during a video by RedLetter Media. This movie sort of is a good example when bad / cheap / horrible SFX still work with the story. It’s all dream like, so as over the top and weird they are, and “cheap” in that they had no CGI, it still works. The story and the SFX support each other.

It is still a wonderful 1980s teenage horror movie, something we really haven’t seen in 20 years or so. I wonder if it will make a come back soon. A lot of other ’80s youth culture has made a come back after all.

So, thumbs up or down? Up. If you have a soft spot for ‘80s teen horror then two thumbs up. 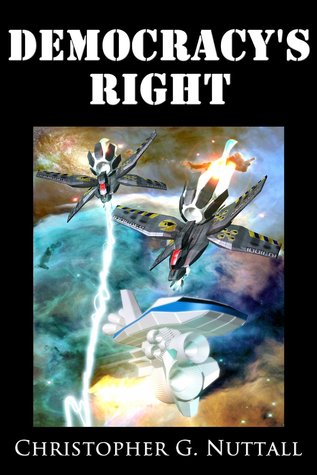 I wish I could say this is something “totally new” but like a lot of the books over the last ten years in that category, Democracy’s Right also follow the scheme of society disintegrating and a “hero rises” kind of narrative.

Democracy’s Right is an entertaining read, but I think I am quickly approaching an “overload” when it comes to these kinds of books. Mostly because they always seem to oversimplify the societies they are set in and often have a very narrow focus on “truth”.

Having said all that. Nuttall delivers again, it’s entertaining, fast paced read and if all you want to do is have some escapeism there are far worse books out there. 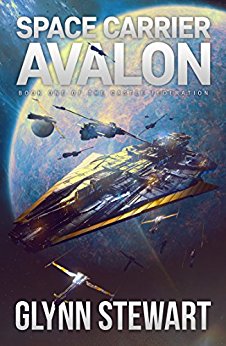 A “standard” Mil-SciFi book series, though it differs a bit in that it deals a whole lot more with the overall political landscape these fights and battles are fought in. Stewart also came up with a funky idea of having the ability to scan far away targets: probes that are equipped with a wormhole that allows real time communication back to the vessel it’s connected to. I thought that was a neat idea compared to other books in the genre I have read over the last few years.

Nice, fast read with some interesting and likeable characters. 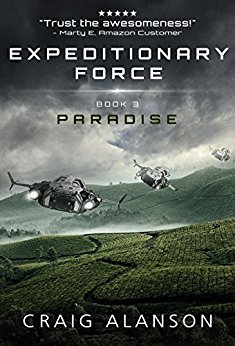 Alanson’s “Expeditionary Force” series was a “happy find” earlier this and in book three he continues to entertain. In part it’s because of a smart mouth AI / God like entity that the main protagonist of the story is “attached” to and the hint at a very very large universe.

In book three the story mostly centres around the first planet humans ended up on in book one and how things have gone since then and how the long term outlook for them is.

I admit, so far I still like the series and I am looking forward to book 4. 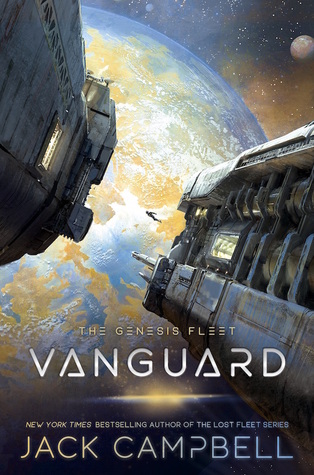 Jack Campbell’s “Lost Fleet” series was my (re)introduction into Mil-SciFi and so it was a bit surprising to not see him publish anything for almost a year.

With the new series “Genesis Fleet” he’s going way way back. To way before when the Lost Fleet is set and we learn more about the background / history of main character, Frank Greary, from Lost Fleet.

The book is “okay”, I did not really find myself totally hooked at it, but I think part of the problem for me is that I have read the other books and know the “end game”. It’s still entertaining though and I suspect it will pick up with the coming books as we will hurl towards the inevitable “end’ for the character.

And then you’re dead: What Really Happens If You Get Swallowed by a Whale, Are Shot from a Cannon, or Go Barreling over Niagara… — by Cody Cassidy & Paul Doherty 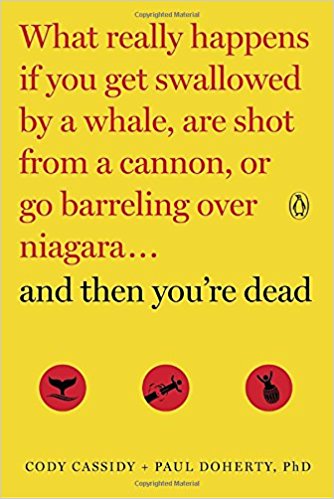 The title alone reminded me of this viral video from a few years ago:

And that is pretty much what it is about. It is quite morbidly funny to read the (short) book and realize just how…. creative one can leave this plane of existence.

If you were always curious how many cookies you could eat in one sitting, what would happen if you would really touch someone or how slippery a banana peel really is or in how many different ways you can “pass on”, this is the book for you.

The Diet Myth — by Tim Spector 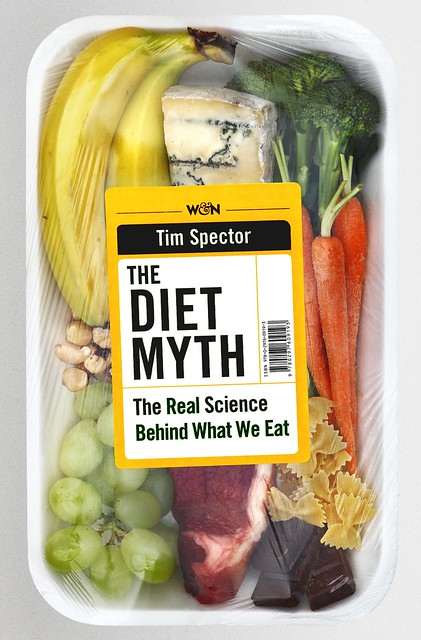 I had seen this book mentioned a few times over the last two years or so and I finally got around reading it.

There wasn’t a whole lot of new info in it for me. The main argument is that our gut bacteria to a large degree determine how we absorb calories and food and that by “feeding them right” we can coax along the right gut bacteria. I think there is a something to it, based on what I have read about the process before.

The book does not directly provide a “guide” on how to achieve a “better” gut flora, but it does a good job in explaining the science behind it and gives one some starting points.

So if you’re wondering why nothing seems to work, this may be worth a look.

Packing for Mars — by Mary Roach 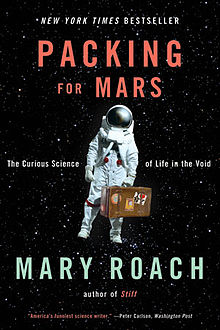 Mary Roach is not a scientist, but she is someone who gets very curious about, sometimes weird, things.

Packing for Mars is now seven years old and some of the stuff she has described has developed further or been abandoned and replaced with something else by now. But this does not make this book any less curious, in no small part because she also dives into the history of manned space flight.

This book did come out before Baumgartner made his jump but he does appear in the book when she discusses the requirements for a space suit.

Overall it gives you an appreciation just how hard it is to get humans into space and back (and how it is only slightly less hard to do so with Robots). 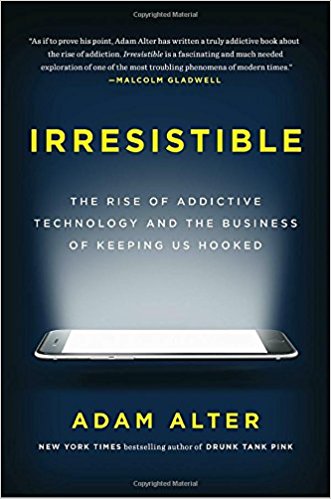 Around a decade ago, a billion trillion years in internet time, the “next big thing” was called “Gamification”. “Irresistible” looks at how these days we are “being gamed” all the time, be it by our smart phones, the internet, games etc. He makes some interesting observations and often backs them up with the (limited) research that is available.

If you can look up from your phone long enough, I recommend reading the book, it may have you re-think the hamster wheel that is social media and on which you are probably running constantly. 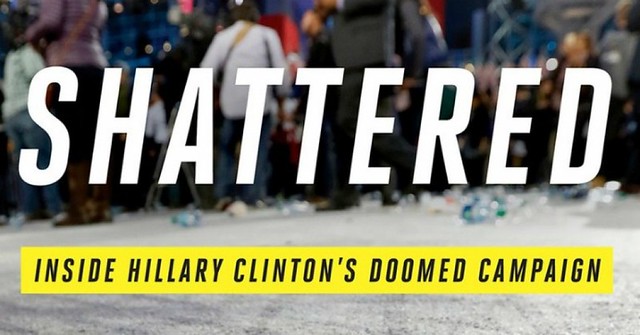 Yes, this month I am deep in American system for some weird reason. Shattered is probably the best of the three books. Mostly because it gives a pretty honest and ugly look at the Hillary Campaign and Hillary Clinton herself. Nothing I read in there has changed my opinion on Hillary or the Clintons for the better. If you are still wondering why Clinton lost to Trump this book will give you a pretty good idea.

Now, I would love to read the same book about the Trump Campaign. Hillary’s was such a shit show I can only imagine what must have gone on at Donald’s Court.

The Complacent Class: The Self-Defeating Quest for the American Dream — by Tyler Cowen 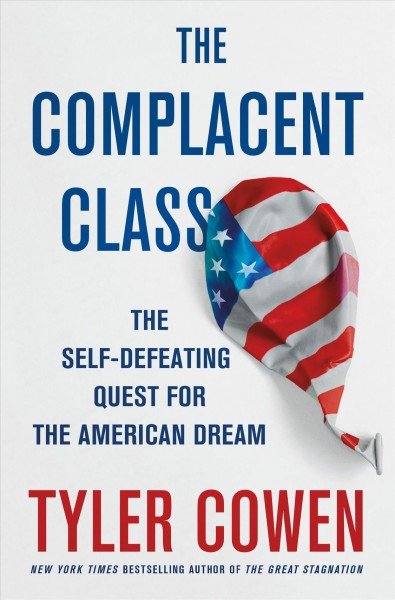 I had heard Tyler Cowen in an interview on Econtalk Podcast and had already gotten the book before. Unfortunately I found it lacked a bit of meat on the bones. At least there wasn’t a whole lot new in there.

I think in a lot of ways the book suffers from the same problem that “On Tyranny” does: It’s “too American” to really look at the current state of the US and it’s tax payers (I’d written citizens, but I haven’t heard a politician talk about citizens in quite a while. We’re now all tax payers and the Government is our dealer).

On Tyranny: Twenty lessons from the 20th Century — by Timothy Snyder 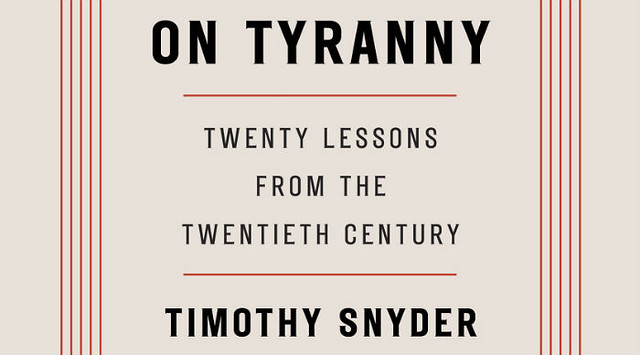 The best way this can be described is a “call to arms against Trump”. The book was published earlier this week and it has an “obsession” with the Trump administration and how it came to power.

This is both it’s strength and weakness. Strength in that it has a life example to explain the “20 lessons” but at the same time it is a bit “too close” to the topic to be really “universal”.

For one there is an awful obsession with Russia and what Putin is or isn’t doing, with some bizarre “omissions” or just willful blindness to some of the things within Russia. Best I can describe it is that Snyder treats Russia as if it was the US and projects the behaviour of Putin onto the American mainstream. It’s not working well.

The other “bizarre” statement is in the chapter on Patriotism. For one it clearly shows that this is a book by an American for Americans. After all, Patriotism is a huge religion in the US. But most interestingly for me in that chapter was that the author considers “dodging the draft” unpatriotic. The rational for this is that you serve your country not your leaders. The problem with that is pretty obvious for anybody with a little bit of historic knowledge.

Having said that, there are still some good points in it, just be aware of the blind spots the author shows when he wrote this.

I do listen to a lot of electronica and Armin van Buuren’s “A State of Trance” is a weekly listen. Mostly because I find this type of music easy to listen to while working or doing other things.

So I found myself a bit surprised when I listened to Andrew Rayel’s “Moments” and felt more like dancing along with a lot of the songs.

Good album. It’ll make you happy if you like Trance.

So it has been six weeks since Theresa May pulled the trigger and invoked Article 50. Good for her. Since then though, things have gotten even more bizarre. A strong