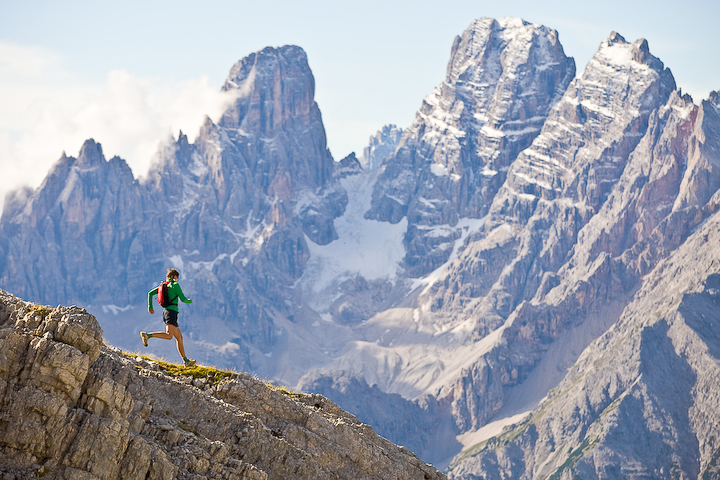 Here's an admission: I never thought I could or would enjoy running. There are a few reasons for this, the main one being that I always struggled in school when it came to phys-ed. I hated it, on so many levels. What I didn't know back then, and didn't really get confirmed until I was in my late 20s, that the reason for this was an underlying medical condition.

Because I couldn't build any muscle mass this lead to anything physically being a giant challenge. When running for example I suffered from what I would describe as the "wet noodle effect". Simply put, after a few minutes of runnnig my core started to get fatigued and I "fell into myself", which meant not being able to breath well (try and see how well you can breath when you upper body rolls into itself).

But once this was resolved I found myself being able to build a core, strength and in general suddenly a lot of the physical stuff became easy. Where I struggled lifting a 20 pound weight, now I didn't even feel it. Within a month I went from barely being able to do something with a 20 pound barbell to throwing around 60 or 80 pound weights without a problem.

And then I started running and I realized I enjoyed it....

So what is it about running that makes me do it? To be clear, I am not talking about doing two laps around the track and then head home. I am talking about the "long stuff", what is known as Ultra Running. Yes, there are people out there that do crazy things for running. If you're curious, I can highly recommend "Running on the Sun"

or "Unbreakable: The Western States 100"

if you want to take a look into the craziness that this all is. Yes, I admit, Ultra runners are crazy, and it feels good to be nuts.

So why am I drawn to these things? Because there is an amazing kind of peace I can find on the trails (I am not really a road runner). Something to be "away" from things and just finding yourself somewhere along the trail. Bonus points if your cell phone doesn't work.

I have heard people state that runners, especially the Ultra ones, are "running away from something", but my personal experience and the interactions I had with Ultras is a different one: They run towards something. What that is is probably different for everybody, but if you had to summarize it, it would be: Happiness.

Having said all that, I admit I lost myself a bit a few years ago. Not on a trail, but more in life. In late 2007 I had a car accident where I banged my head badly into the b-pillar. I was "out" for a few hours. I do have some still frames from the time, but the movie doesn't start running again until six or seven hours after the accident. As a consequence I took off around six months from doing anything in order to recover and then I made a big mistake. I went to a training camp for the Canadian Death Race. After the first day my GI tract had shut down and I felt pretty bad and, wisely decided to call it quits on that one. Unfortunately that did knock me out badly enough that I was done running for a few years.

Back in 2012 a friend pointed a book out to me called Born to Run. 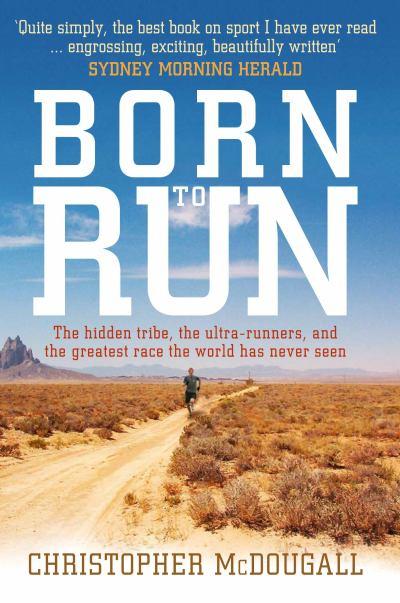 The book has become a bit "notorious" as it kicked off a running craze called "barefoot running" or "minimalist running". The most obvious sign of this were the Vibram Five Fingers. I do have an opinion on this as well, but that's not really part of this post. I may write another one further down the trail.

What reading this book did for me though was it reminded me of why I had been running in the first place. The peace of mind, the "reward" I got from it was nothing monetary, or a medal or a t-shirt.

One of my happiest moment in life was running up the side of a mountain on an overcast day and just before the summit I ran through the clouds and was greeted by sunshine at the top. It was..... Not sure how to describe it.

"Born to Run" reminded me of this and all the other "happy moments" I had on trails. Oh trust me, it was painful at times. Going up another mountain the temperature suddenly dropped badly enough that I started cramping or the time I was getting completely soaked in a downpour and then have the temperature drop is not a pleasant experience. Neither was the run in -20C where I dropped my keys three times after getting back because I was shaking so badly.

So, I hear you say, that sounds horrible. Why would I want to do that?

Honestly? I cannot answer that for you. I cannot tell you why you should run. All I can tell you why I am doing it. Because at the end of it all it feels good. It makes me happy and I had forgotten that for way too long. It also gives me a better perspective on my day to day life. How getting the wrong coffee served in the morning is not the end of the world, or how that coworker that annoys you doesn't really matter either in the grand scheme of things.

So back in November of 2014 I took stock of where I was in my life and where I wanted to go. Having just passed the 40 mark it was probably a good symbolic time to do it. I realized that the reason why I moved to the West Coast in the first place was because of the outdoors, and over the last seven years I had not really made use of it. Sure, I went camping, I rode my bike around I did the occasional hike, but this did not remove me from couch potato status, at least in my mind.

So I started anew. I went back to the gym for strength training, I made changes to my diet and some other minor tweaks. I started setting up a training plan and a general idea what I wanted to do and how to get back to the long runs. And then on Christmas day I did my first run. This date is sort of symbolic to me because a bit more than a decade ago this is how I celebrated Christmas, do a 30K run while everybody else was still trying to recover from last nights dinner and booze. The same then again happened on January 1st.

So, why do I run? Because it makes me happy and because I have a need to move.

See you on the trails.